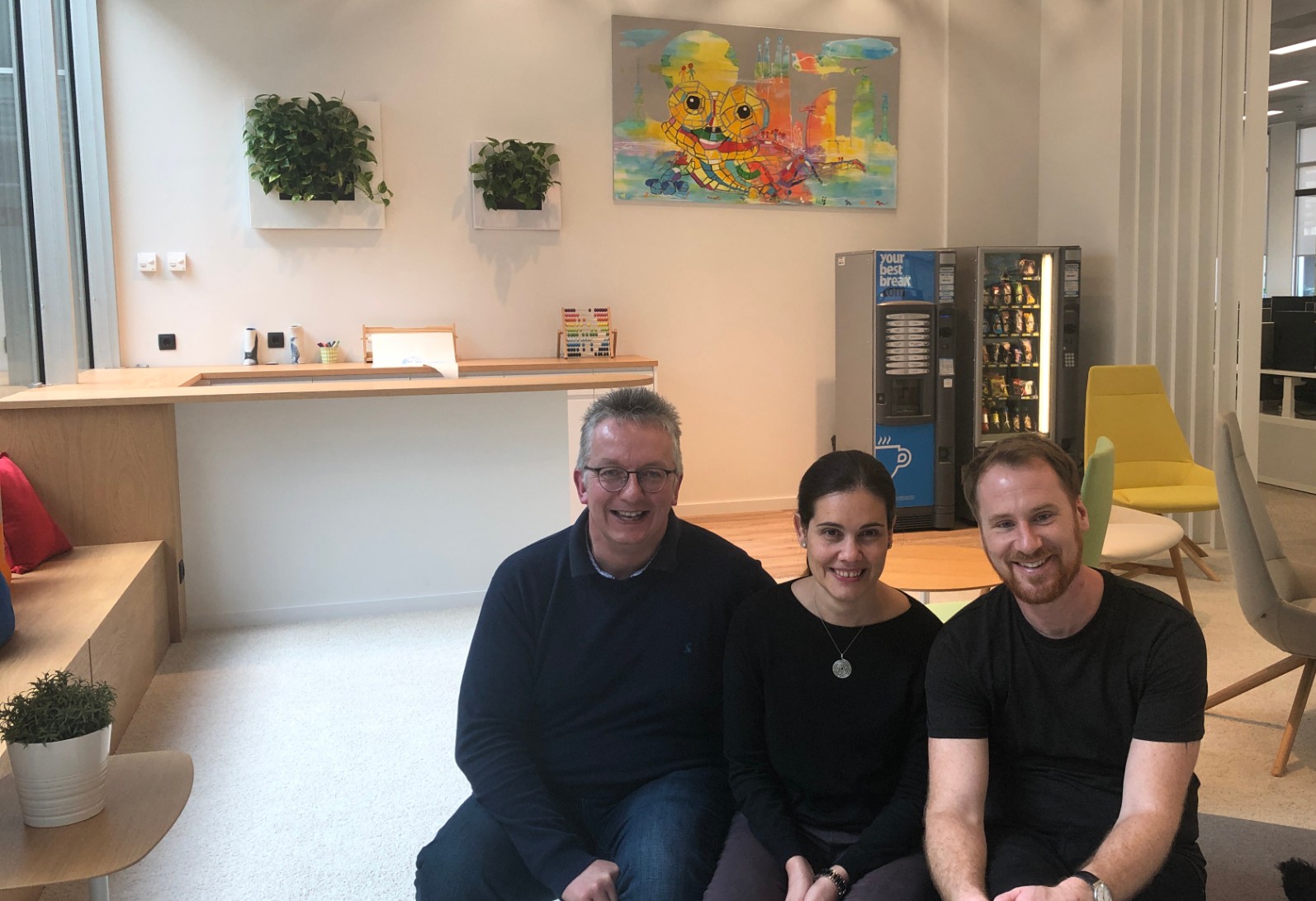 September 2, 2019 By Nicole Gallagher Comments are Off

Guess who was excited to return to Barcelona for the first time in 20 years since his beloved Manchester United won the Champions League and cliched an unprecedented treble in the Catalan city? Unfortunately for Paul, there was no return visit to the Camp Nou, despite the fact that Real Madrid were in town for a cup game in early February!

Instead, a fresh challenge awaited him and fellow United fan Jon, as they embarked on a series of Spanish job vacancy movies as part of RED’s ongoing work on Vanderlande’s international recruitment marketing campaign.

Although the boys were on a tight schedule and hadn’t time to explore this beautiful city, they were looked after by the local Vanderlande office’s HR department and accompanying clients from the company’s HQ in The Netherlands.

The RED team also took the short trip to Santpedor to visit Vanderlande Industries Santpedor S.L. and meet two of the interviewees. It was great to see the subsidiary’s manufacturing facilities, which help to develop new and existing products, including the SCANNOJET tray return system, Beltcurve and extendable conveyors.

All of the 13 interviewees were relatively young, totally dedicated and incredibly enthusiastic about their jobs, roles and offices, as well as the company at large. They had so much to say about being “driven to succeed together” with a “long-term career outlook” on the “fast-track to global opportunities” – the three sections of the Spanish recruitment compilation movie – that the quality of our work was guaranteed.

Having sampled a working week commuting to Vanderlande’s impressive and spacious Barcelona office, enjoying the company of those who work there and having healthy lunches in the winter sunshine, we can’t imagine that the company will have any problem in filling those vacancies.