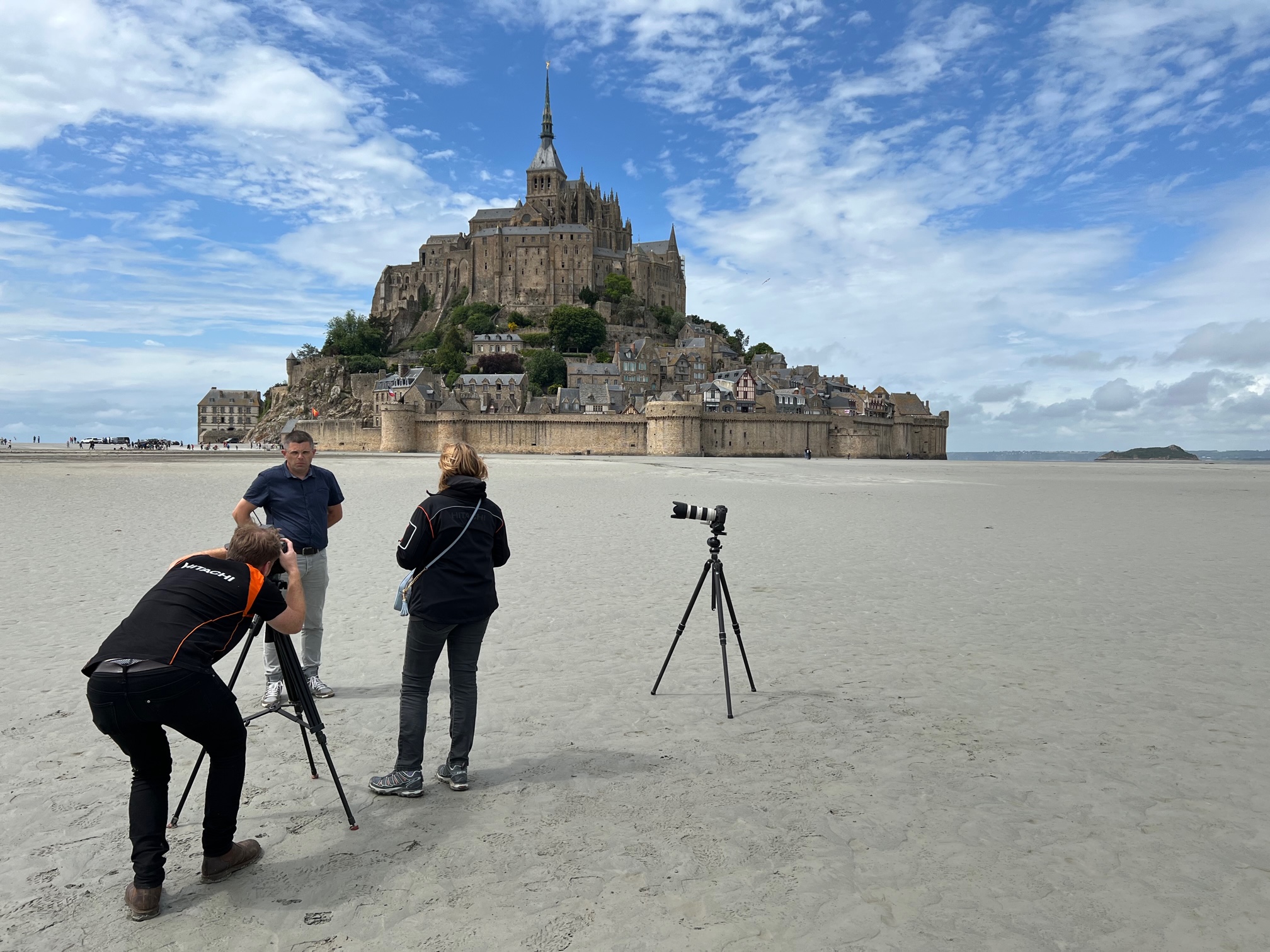 RED recently visited Le Grand-Celland in France to meet Hitachi dealer Cobemat’s biggest customer, SAS Besnier, in eager anticipation of shooting some of the company’s 52 Zaxis excavators. However, the weather was against us and the damp conditions meant that the machines weren’t working on site.

Fortunately, Monsieur Besnier had the idea to record his interview at the nearby Mont-Saint-Michel, where the conditions proved to be more suited to the required camerawork. The magical island – topped by a gravity-defying abbey – counts among France’s most stunning sights and it proved to be an awe-inspiring backdrop.

For centuries one of Europe’s major pilgrimage destinations, this holy island and its breathtaking bay – shared by Normandy and Brittany – is now a UNESCO World Heritage Site. While it has been prone to silting up over the last couple of centuries, a major conservation project in 2015 has helped restore its island status.

And the reason for Monsieur Besnier’s suggestion for the location? “What marked the evolution of our company, as well as an interesting period, was the job site at Mont-Saint-Michel. We used our super long front machine and other excavators, for example with wide tracks, adapted for maritime job site conditions.

“The versatility and quality of these Hitachi machines played a big part in the success of this project. We needed excavators that were highly reliable for such tidal works, and Mont-Saint-Michel was a large-scale project for us.”