HomeOur News North and south of the border

North and south of the border 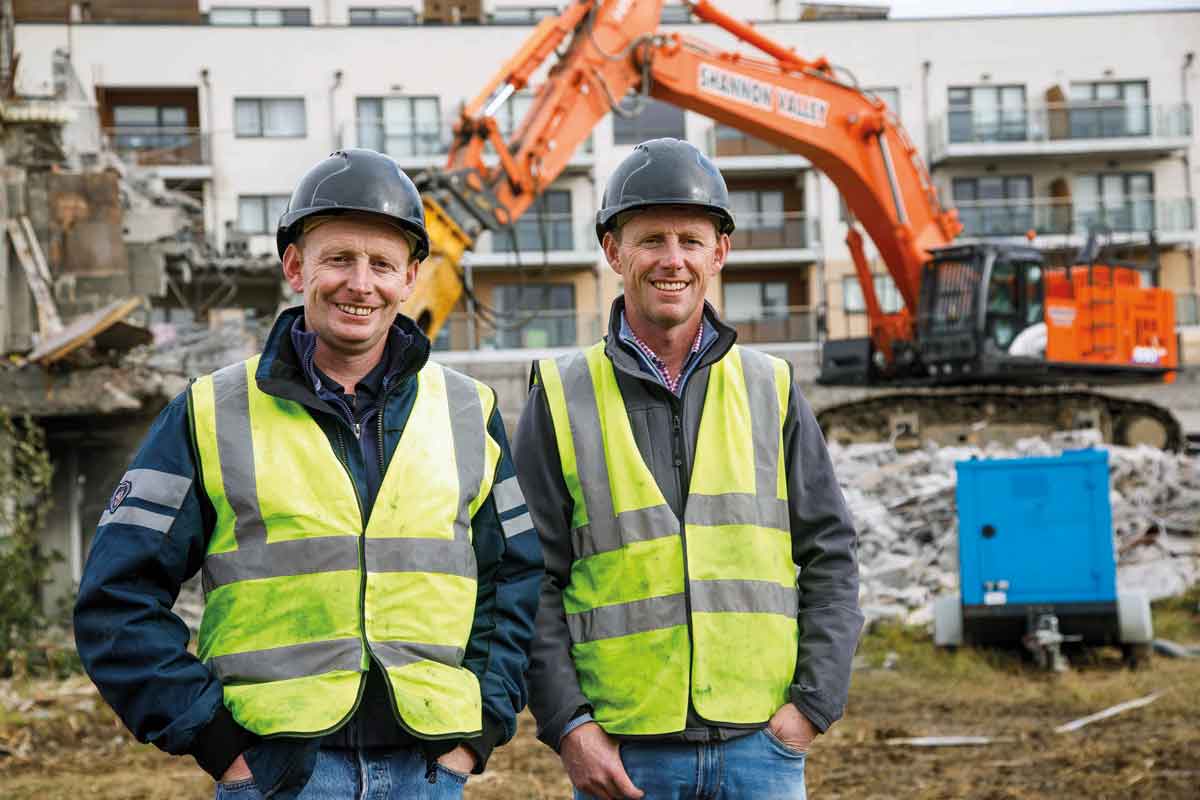 February 1, 2019 By Paul Farmer Comments are Off

It’s been more than a decade since I’ve ventured home to “Norn Iron”. So, I jumped at the chance when Hitachi Construction Machinery (UK) and its Irish sub-dealer TBF Thompson invited us across the Irish Sea to meet two of its biggest customers – north and south of the border!

After a night in Belfast, a pint of Guinness in the Crown and an “Ulster fry”, it was a pleasure to take Ghislaine and Glenn north of the city the next morning. Our destination was the A6 dualling scheme near the villages of Toome and Castledawson.

We were met by Ronnie McGeary – and his client Robin Kirkpatrick – who runs a sizeable fleet of Hitachi mini and medium excavators. Five of his Zaxis machines are hard at work for the subcontractor who has been engaged in the intricate utility work on the scheme.

After a two-hour drive south to Dublin, the next day was filled with visiting some of Shannon Valley’s huge fleet of Hitachi excavators and wheel loaders. Our host David English (one of three brothers who run the family company) took us to two building sites, one demolition project and a quarry.