HomeOur Team Rising to the challenge for ten years

Rising to the challenge for ten years 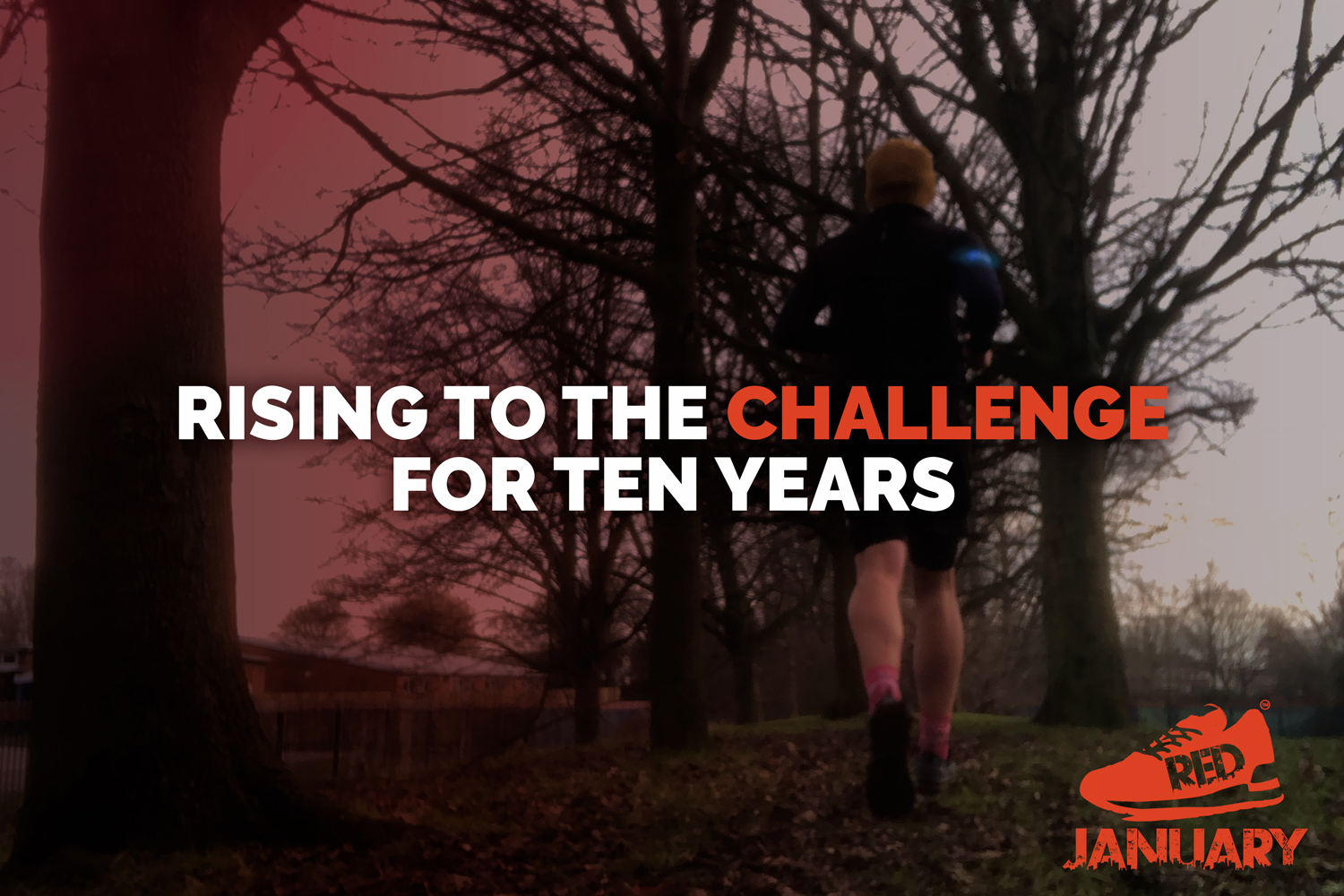 January 25, 2021 By Nicole Gallagher Comments are Off

The RED team is ready for the final week of RED January. You can read more about why we’re doing it, what it entails and the charity we’re supporting as a result of the event here.

Our Graphic Designer, Matt Russell, decided to take on a slightly different sporting activity in aid of RED January, and to mark the first month of our ten-year anniversary celebrations.

Matt took on ten 10km runs over ten days. We caught up with him to find out how he found the challenge…

“On Tuesday night, after over ten hours of running over 107.7km, my tenth and final 10km in ten days was finished.

“Running through the wind, rain and dark mornings and nights of January was a challenge. In the beginning I was really excited to get going. I started on Sunday 10 January in the afternoon, and it just felt like a normal Sunday run.

“After seven days, I started to suffer from cumulative fatigue. It helped having messages of encouragement from family, friends and colleagues. However, watching the fundraising money slowly creep up was really the main motivation and helped me stay committed.

“Sport in Mind, the charity we are fundraising for, empower people to experience the life-changing benefits of physical activity. This is something I can credit having first-hand experience of benefiting from. I’ve always kept active through running, cycling or playing touch rugby, and am aware of the physical and mental benefits that come with it.

“The opportunity to run ten 10kms in ten days to raise money – and begin RED’s ten-year anniversary celebrations – was a great way to kickstart my year. Thanks to everyone who’s donated so far!”

Check back next week for more updates on how the rest of the team got on, and the challenges they set for themselves.

If you’d like to donate, you can do so here.