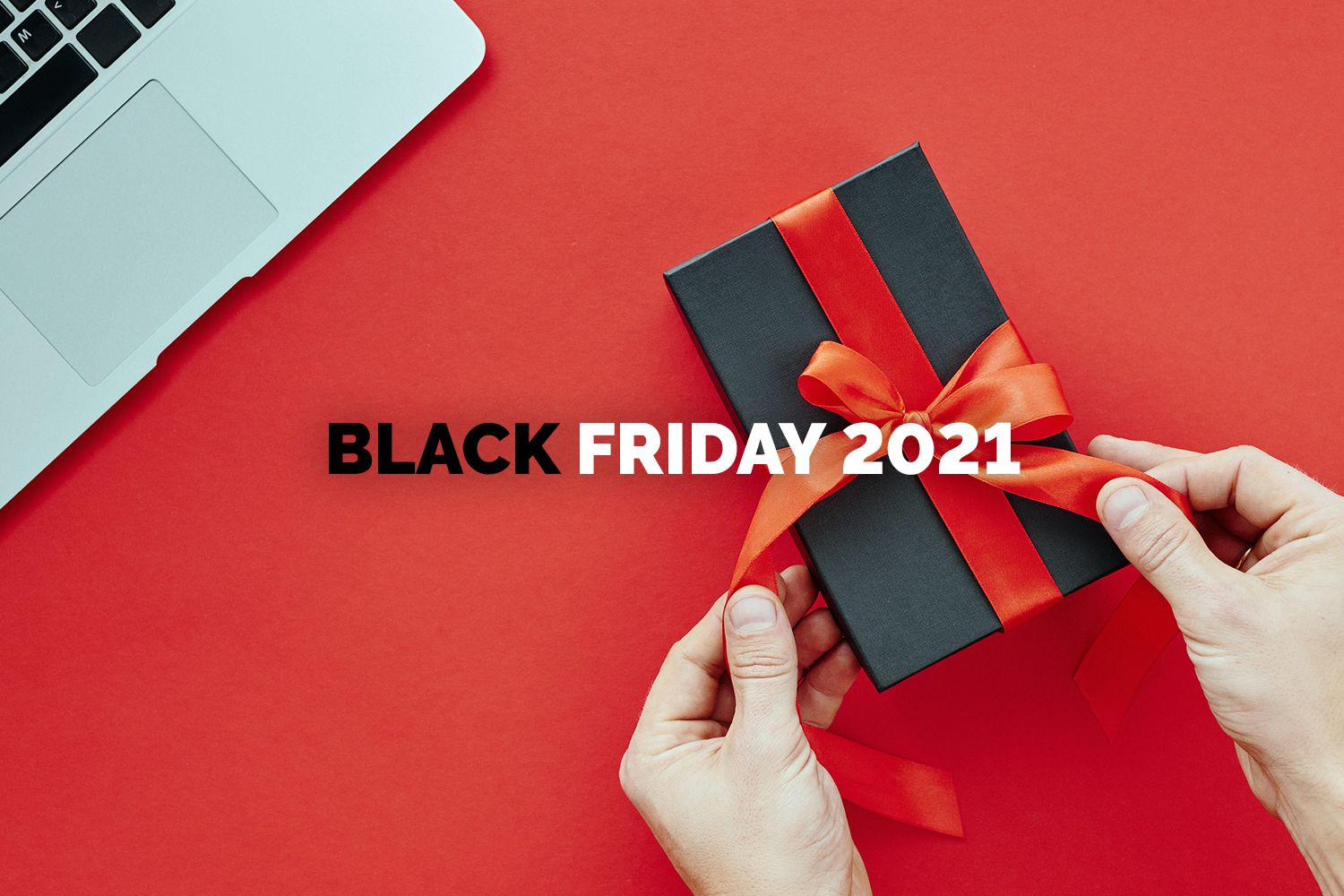 November 26, 2021 By Nicole Gallagher Comments are Off

It’s Black Friday!
Today is the busiest shopping event of the year – the day we all try to get the best deals on those special Christmas gifts, and not to forget, some treats for yourself too!

Apple implemented an email marketing campaign to reach their customers for Black Friday. They launched this digital campaign weeks prior to the event, in order to tease their target audience and fill them with anticipation. As Black Friday approached a second email was sent out, announcing specific deals a week in advance. This was a brilliant campaign, which kept Apple’s customers eager to get their limited one-day only deals. 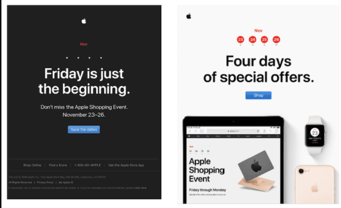 Patagonia is well known for being a renowned advocate on environmental change and fast fashion consumerism. In 2011 Patagonia launched one of the first anti-black Friday campaigns by publishing an advertisement in the New York Times magazine. It featured the tagline “Don’t Buy This Jacket” followed by a large image of one of their products. 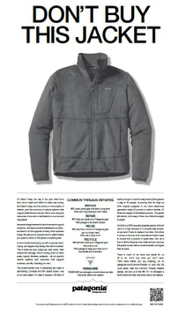 They declared a battle against the culture of excessive consumerism. In 2016 Patagonia continued this by donating 100% of its Black Friday

For Black Friday Just Eat collaborated with TopCashback and FoodCycle, with the former offering a free £15 refund for any new member who spent money at Just Eat. Alongside this, the charity FoodCycle partnered with Just Eat to serve food to vulnerable people across the UK for free. As part of the campaign, Just Eat donated 50p per order to the FoodCycle charity, raising an amazing £250,000. 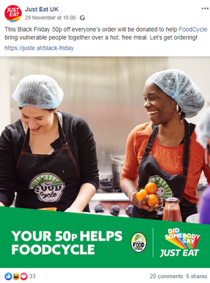 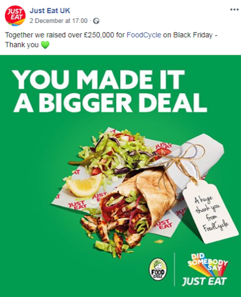 Online fitness retailer Gymshark used the power of social media to create suspense around their plans for Black Friday. Its campaign consisted of Gymshark models dressed in black in front of a black background.

Going against the photography rule book, Gymshark was able to build curiosity among its many followers before announcing a huge 50% off discount on Black Friday. 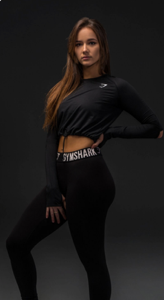 RED’s favourite Black Friday campaigns showcase different approaches to the event. Some brands focus on the savings and the excitement around the bargains, while others focus more on how they can benefit and give back to communities and charities.

More and more businesses every year are turning towards sustainability and charitable action to help the less fortunate. Is it possible that Black Friday could slowly become more of a day for awareness and giving back, rather than consumerism and saving money?