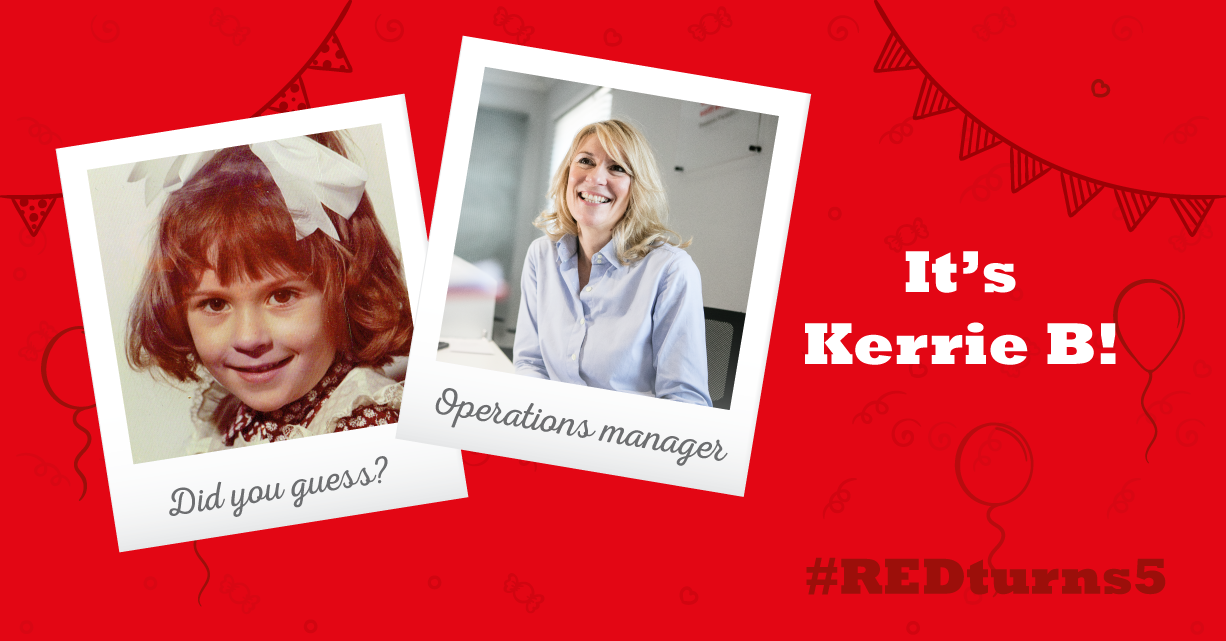 February 3, 2017 By Nicole Gallagher Comments are Off

RED turned five recently! We’ve decided to throwback to when the RED team was five to celebrate RED’s birthday.

What has changed in the world since you were five?

I’m not sure, I can’t really remember that far back!

It’s hard to believe I grew up in a world with only three TV channels – and they weren’t even on all day. Now we can pause live TV, record different shows and we don’t have to get up off our seat to do any of it.

All telephones were attached to a cord too and rarely rang!

What are your memories of being five?

I can vividly remember going on my first holiday abroad at the age of five, and I had chicken pox! I can also remember having ‘warm’ milk at school in the summer and frozen milk in the winter – out of glass bottles.

If you could be a five-year-old for one day, what would you do?

If I was back in 1975, I would be nicer to my brother and actually play a game of his choosing instead of forcing him to dress as my baby and climb into my Silver Cross pram for dolls!

As a five-year-old today, I would want to be able to walk the streets with the same freedom I remember having when I was five and play outside without a care in the world.

What are your five favourite movies

What are your five favourite songs?

Dancing Queen by Abba is up there, along with Your Song by Elton John, Meatloaf’s Paradise by the Dashboard, Anything by George Michael and I will always love you by Whitney Houston.

What is the difference between a five-year-old today and when you were young?

I think there is more pressure on children in general. At five they are just starting school and they should be still having fun and playing. As a society, we worry if they are not reading or writing by a certain age. My parents never worried about my school work or if I was achieving certain goals. I can just remember lots of love, discipline, being told to respect my elders and to have good manners… and lots and lots of fresh air.