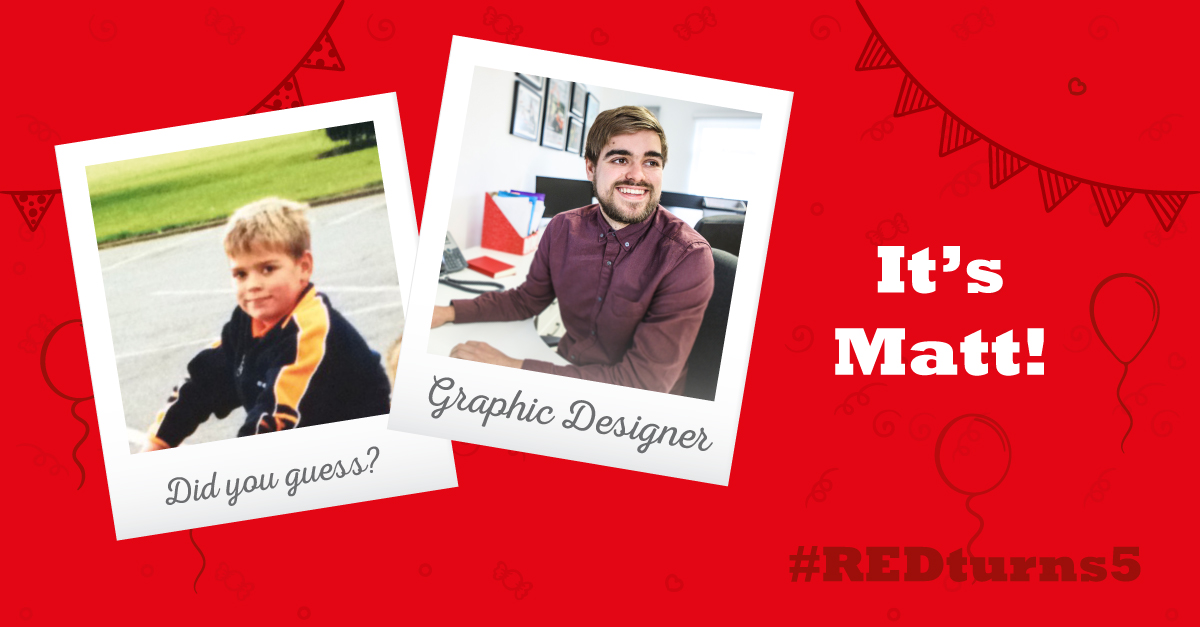 January 17, 2017 By Nicole Gallagher Comments are Off

RED turns five this month! We’ve decided to throwback to when the RED team was five to celebrate RED’s birthday.

What has changed in the world since you were five?

Technology! I was five in 1997, the height of the digital revolution. I remember when I was younger hearing our first computer and the dial up internet. I was oblivious to the new tech, but as I got older I learned more about computers and used them more often at home and at school.

What are your memories of being five?

Being intent on becoming a farmer! Watching Toy Story pretty much everyday with my younger brother. I also remember day trips out with my mum, dad and grandparents. My granddad only had a three-wheeler car, so most of the time we took the bus or train!

If you could be a five year old for one day, what would you do?

Another day trip out with my parents and grandparents would be great. Maybe watch Toy Story again!

What are your five favourite movies?

What are your five favourite songs?

What is the difference between five year olds today and when you were young?

Probably technology. Although when I was growing up home computers were becoming more common, my younger brother and me didn’t really take much notice. We would much rather play in the garden or with some toys. Not having children myself, I’m not 100% sure what five year olds of 2017 get up to. Although I would guess they are a lot more digitally reliant with e-learning, tablets and interactive toys!