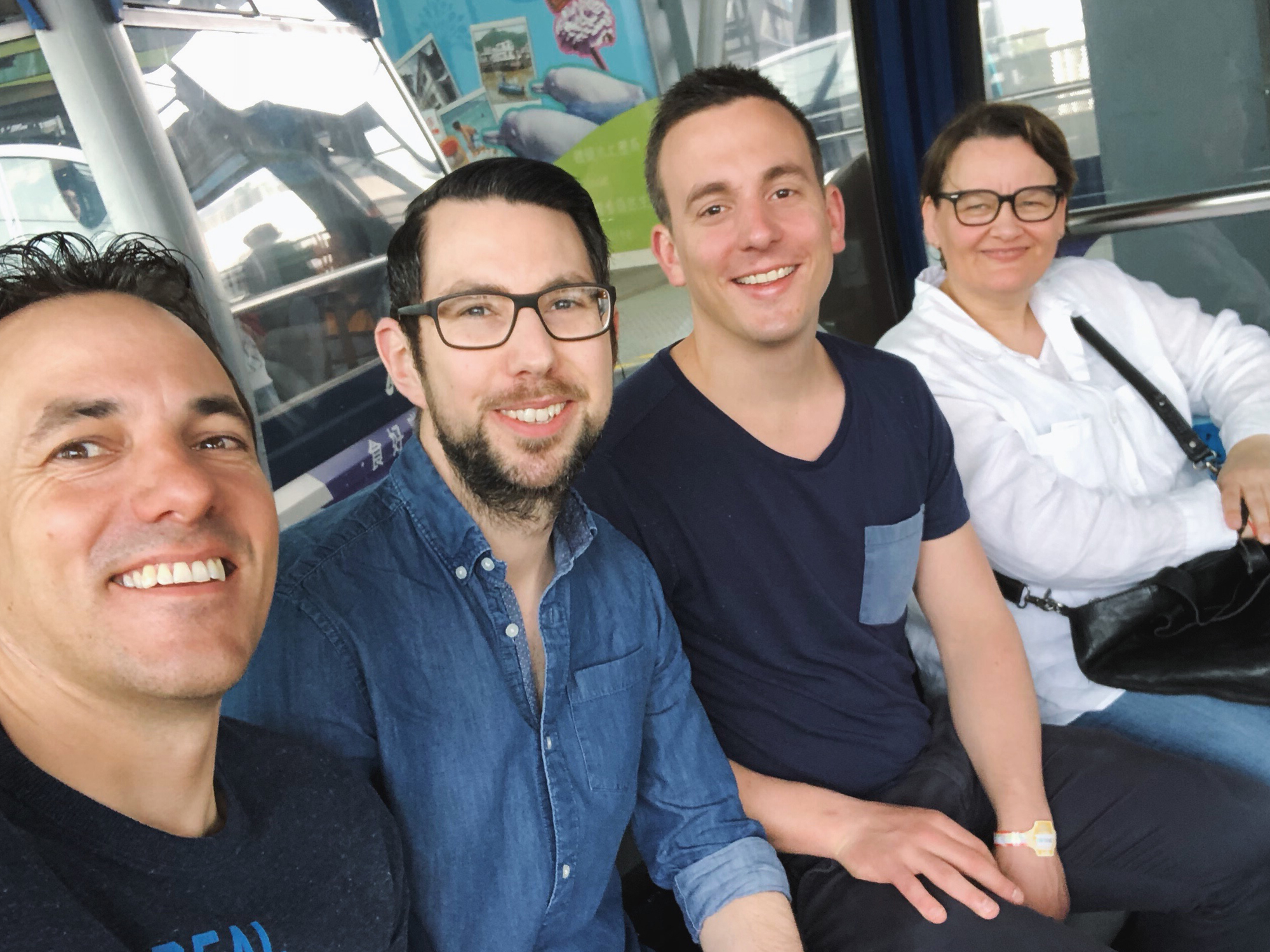 November 7, 2018 By Andy Lynch Comments are Off Hong Kong

What do ‘Chek Lap Kok’, sea cucumbers and the Tian Tan Buddha all have in common? The answer: Andy and Glenn were lucky enough to see them all on a recent trip with client Vanderlande to Hong Kong.

Firstly, a minor reveal: ‘Chek Lap Kok’ is the island upon which sits Hong Kong International Airport (HKIA). Travellers to this impressive location are often unaware that the majority of the airport rests on land that has been reclaimed from the sea.

Operational since the late 1990s, it took over from Kai Tak Airport – infamous for its dramatic take-offs and landings amidst Hong Kong’s innumerable skyscrapers. Since it opened in 1998, and largely due to its location, HKIA has grown to become one of the world’s busiest transfer hubs.

To help its baggage handlers cope with the increase in daily luggage, HKIA invested in Vanderlande’s ergonomic loading aid – STACK@EASE. Andy and Glenn took the 12-hour flight to investigate the benefits of the innovation first hand.

During a busy couple of days filming, photographing and interviewing, the RED team was given privileged access to the baggage hall underneath HKIA. It was here that the guys were made to feel very welcome by the airport’s representative, Daisy.

Acting as the team’s guide and translator, she provided invaluable support as the REDs worked hard to showcase how STACK@EASE was making a positive impact.

Andy and Glenn were also fortunate to speak to one of HKIA’s senior managers, who outlined the airport’s vision on the wellbeing and safety of its staff. It was an intriguing insight into the challenges facing one of the world’s busiest airports.

The shoot was a complete success, with the team securing a wealth of content from one of Vanderlande’s most well-known customers. And there was still some time left to briefly explore Hong Kong itself.

From Lantau to Kowloon

The airport lies next to the historic Lantau Island, home to the 34-metre high Tian Tan Buddha statue. Accessible by cable car, the ascent was the perfect opportunity to film HKIA from above. Having a bird’s-eye view of the entire airport is an astonishing sight and added an extra dimension to the movie materials.

From there, the metro line took the REDs downtown for a whirlwind tour of the food markets, the commercial district, and a short trip on the legendary Star Ferry. Having stayed in Hong Kong while working on the STACK@EASE project, Vanderlande’s Daan happily took on the role of acting tour guide.

Arranging such a visit takes an incredible amount of effort and organisation. For that reason, we’d like to thank Vanderlande’s Ariane once again for creating this unique opportunity. A big RED thank you also goes to Daan, Daisy and everyone else at HKIA for their hospitality.

And the sea cucumbers? Well, that’s a story for another time.