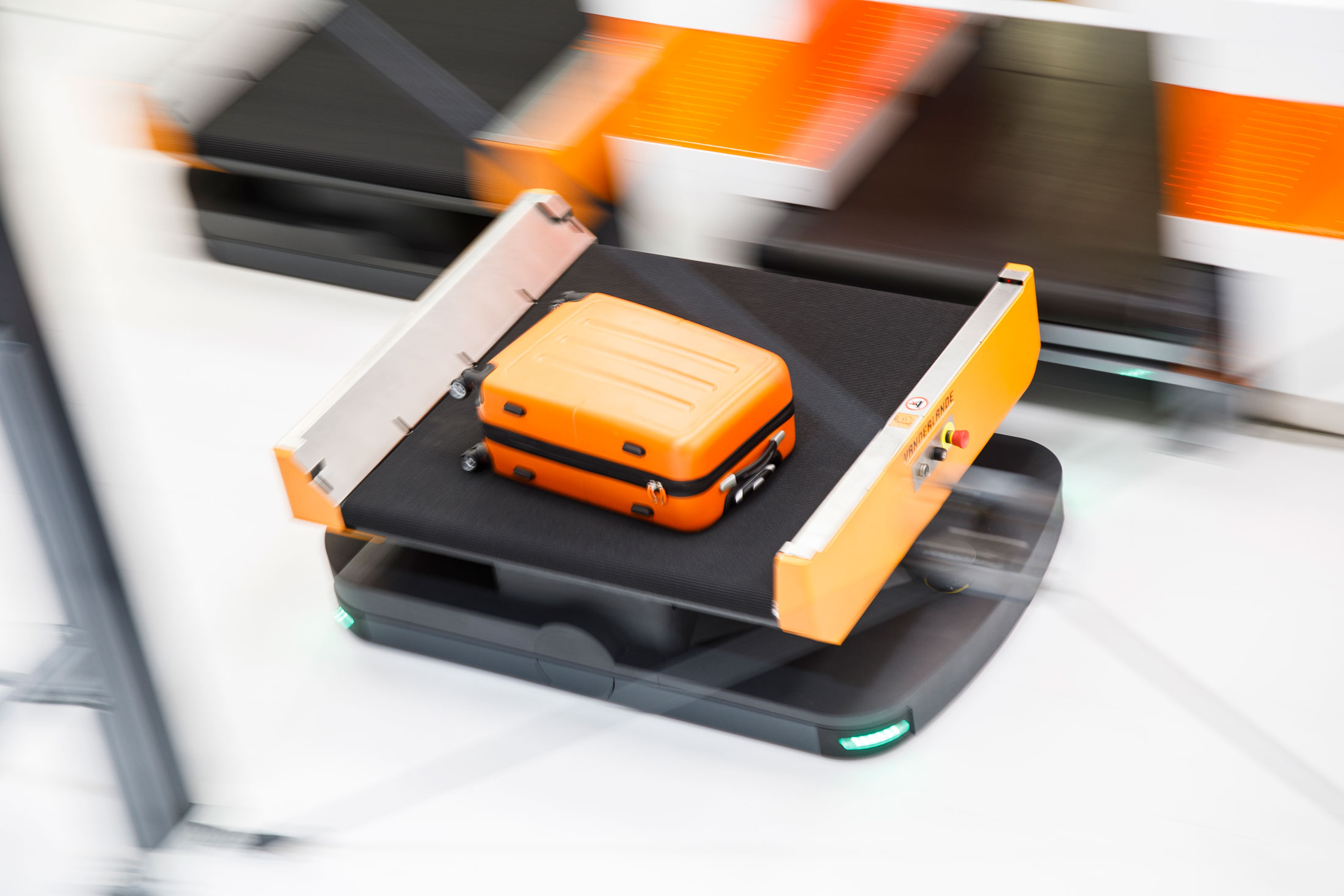 Anywhere, anytime. RED prides itself on the flexible support we offer to our clients. This extends to assisting them at events. Recently, we received an exciting offer to help Vanderlande at one of the world’s leading airport exhibitions.

Munich, Germany, plays host to one of the most significant gatherings for the aviation industry – inter airport Europe. Every two years, thousands of representatives from airports, airlines and suppliers meet at the Munich Trade Fair for the four-day show.

Vanderlande was launching its latest innovation at the event, FLEET, which is based on automated guided vehicle technology. Before the exhibition started – and to coincide with the product launch – RED provided editorial support in the form of brochures, magazine articles and web content. FLEET also scooped an innovation award at the event, which we helped to promote through a number of press releases.

During RED’s two-day visit to Germany, Andy and Glenn were on site to photograph and film Vanderlande’s two stands, and make a number of movies to boost its recruitment campaign. In addition, they conducted interviews and spoke to visitors to hear their opinion of the new technology.

While FLEET was gathering interest at one stand, Vanderlande’s security checkpoint – SCANNOJET – was attracting visitors at the other. Interestingly, the RED team had already seen the latter in action during a customer visit to Bergen Airport. The guys were even lucky enough to catch up with some old friends from their time in Norway.

We were delighted to be given this opportunity, and a special thank you goes to Vanderlande’s Ariane for extending the invitation to RED. We’d also like to thank the FLEET team, who allowed us to be part of its incredible journey.